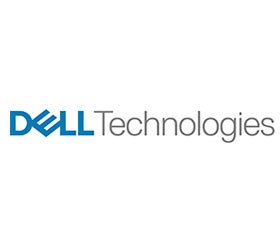 Dell’s infrastructure segment, including its server, networking, and storage businesses, declined during the company’s Q4 2020 because of U.S.-China trade tensions and slower enterprise spending. Dell expects to see further declines due to the coronavirus outbreak.

Dell Technologies’ server segment, which is expected to be further affected by the coronavirus outbreak, ran up against challenges during the firm’s most recent financial quarter.

The global market leader in servers saw its server business sink 19 percent from $5.25 billion in Q4 2019 to $4.27 billion in Q4 2020, executives said during the company’s financial conference call on Thursday.

Dell’s Infrastructure Solutions Group, which includes its server business, reported revenue of $8.76 billion, which declined 11 percent year-over-year from $9.89 billion. Dell’s storage revenues dipped 3 percent to $4.49 billion during the quarter compared to the same period a year ago. Dell CFO Tom Sweet said the declines were due to a challenging sales environment in China due to U.S.-China trade tensions and slower spending within the enterprise segment in the U.S.

Dell last May started to see its server business in China feel the effects of U.S.-China trade tensions with a 9 percent drop in server revenue in its first fiscal quarter of 2020.

The Round Rock, Texas-based company is also closely monitoring the coronavirus outbreak as another sales obstacle heading into its next quarter, Sweet said.

“The coronavirus has created some level of uncertainty … We do expect our normal sequentials from Q1-Q4 [2021] to be softer as a result of the coronavirus impact,” Sweet said. “There’s two principle impacts right now: one is in our domestic China business as the Chinese economy softens, given what they are going through to try to contain the virus, and then the question becomes, will there be any supply chain or lead time dynamics.”

Dell’s stock plummeted more than 7 percent to $47.50 per share on Monday when the Dow nose-dived more than 1,000 points on news that coronavirus cases are springing up outside of China. Dell’s stock continued its decline on Thursday in after-hours trading by more than 5 percent to $43.56 per share as the Dow plunged nearly 1,200 points. As of this writing, there were 82,549 confirmed cases globally and 2,810 reported deaths linked to the outbreak, according to Johns Hopkins University live coronavirus dashboard.

Investment banking firm Goldman Sachs said on Thursday that it expects stagnant earnings growth for U.S. companies this year as a result of the coronavirus outbreak.

China is Dell’s second-largest market behind the U.S., according to the company.

On the other hand, Jeff Clarke, vice chairman of products and operations for Dell, called 2020 an “outstanding” year for the company’s Client Solutions Group. Revenues for the segment rose 8 percent year over year to $11.70 billion, up from $10.89 billion.

Dell also saw another year of double-digit revenue growth from its VMware business, whose revenues climbed to $3.13 billion compared to $2.79 billion a year ago. VMware during the fourth quarter closed its acquisition of Pivotal Software.

Dell’s Sweet said that recurring revenue brought in $6 billion during the fourth quarter and accounted for about 24 percent of Dell’s quarterly revenue, a percentage the company plans on growing.

“No one stores, processes, moves or protects more data than us … across physical and virtual environments. I am optimistic, but we have some hills to climb, as evident in our Q4 2020 results,” Clarke said.

Earlier this month, Dell agreed to sell RSA Security to private equity firm Symphony Technology Group (STG) for $2.08 billion. Clarke said the company will continue to “evaluate” its portfolio to simplify its suite of offerings for customers.